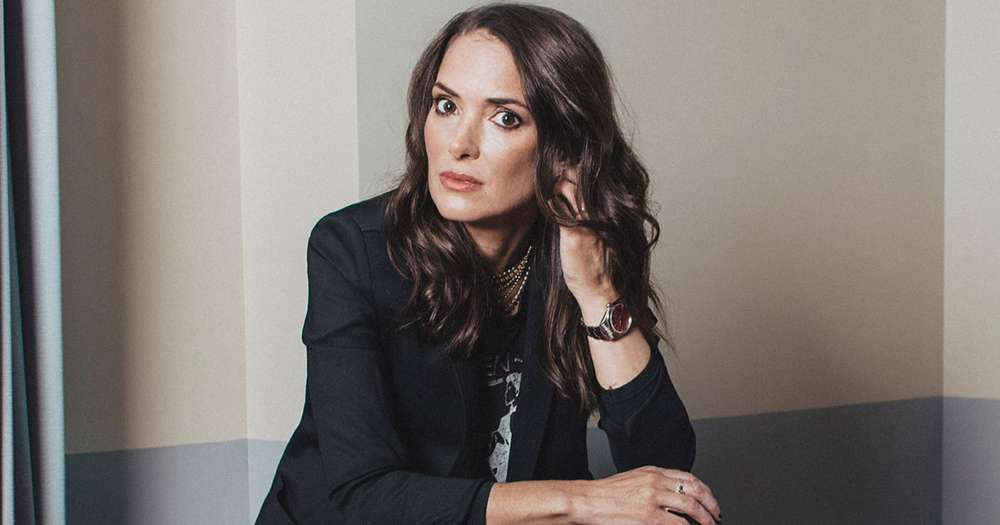 October and Halloween is over, but we can keep all the spooky vibes going with the Season 2 release of Stranger Things on Netflix. If you haven’t seen an episode, you’re not too late to check it out. It was written and Directed by The Duffer Brothers to give tribute to their childhood movies like Close Encounters, E.T., and Stand By Me. Even if you were born at the tale-end of the 80s, the show is irresistible for 80-90s born childhood nostalgia. Arcade games anyone? Skateboarding or bike riding places your parents don’t know where you are? Landline phones with long cords and obnoxious ringing, Chevy suburban trucks and station wagons galore, and they didn’t forget Eggo Waffles. Even the effects of the strange encounters are 80s-esque, sticky and gooey like from the Alien movies. I could go on and on to the decade details, from Ronald Reagan’s election, to Star Wars references and paraphernalia, to Macintosh computers. Of course, I can’t forget to mention the music playlist. I don’t think anyone can resist being led into the rhapsody of The Clash, Jefferson Aeroplane, Toto, The Bangles, Modern English, Joy Division and more. Even if you don’t know these band names, you will recognize the songs or fall in love with them. Stranger Things has their own composers writing songs with deep bass notes and basically all the synthesizers you need, so you can’t get it out of your head. The music ignites goosebumps, excitement, and anticipation as you enter into the suspenseful story. Stranger Things not only flashes us all back to the 1980s, but has ushered in Winona Ryder’s comeback playing the part of a Joyce Beyers, a small-town mom.

Winona Ryder is a Golden Globe winner, Oscar nominee, and has had many other nominations throughout her acting career. I remember Ryder most vividly and fondly from Beetlejuice, Edward Scissorhands, and Little Women. Other movies Ryder is known for: Girl, Interrupted, Black Swan, Autumn in New York, Dracula, Lucas, and Heathers. She was a rising star until the late 90s, early 2000s, until the infamous shoplifting incident hit the headlines. Afterwards, it seemed Ryder sort of disappeared. She did for a while, and rightfully so. She openly admits to having a severe case of depression. According to Time, it was shortly after shooting Girl, Interrupted in 1999, that Ryder went deeper into her battle with depression. Despite the motivation for putting out the film, to bring awareness to mental illness at time where no one talked about it, she told New York magazine, “My whole point was, this happens to every girl, almost.” She further explained to Time, “You can’t look to the industry to validate you as a person because that can just lead to incredible disappointment,” she says. “I will admit I was guilty of that when I was younger because you get caught up in it, surrounded by people that are telling you that it’s the most important thing, and you’re young and you believe it.” In 2001, at her all-time low, with the tabloids calling her crazy, and her struggle with narcotics coming out, she decided to put her career on hold to make space for herself. She further describes her battle with depression, “I don’t regret opening up about what I went through [with depression], because, it sounds really cliché, but I have had women come up to me and say, ‘It meant so much to me.’ It means so much when you realize that someone was having a really hard time and feeling shame and was trying to hide this whole thing … And even the whole, like, sensitive, fragile thing. I do have those qualities, and I just don’t think there’s anything wrong with them. There were times when I let it feel too overwhelming and almost, like, shamed, but I had to just get over that.”

In Stranger Things, Winona Ryder plays the role of mother of two kids in a small-town of Indiana. Joyce Beyers is loving, protective, courageous, and outspoken. When she comes face-to-face with danger, she overcomes her fears and fiercely fights back. Ryder has always had the magic of authenticity within a character, strongly relatable, with a little bit awkward, a dash of humor, and mysterious charm. She’s not the blonde-haired blue-eyed order of Hollywood, but her talent and natural beauty are more than enough to play the role of a woman who will fight evil and injustice for those she loves. One of my favorite scenes in season 1 is Joyce’s creativity to figure out how to communicate with her lost son. She shows enormous courage to face the town, as she fights to for hope to find her son alive. It’s been common to call the character of Joyce Beyers a frantic and crazy woman who has “anxiety.” We need to stop calling “anxiety” crazy because it’s an illness, like cancer is an illness, and people can’t control what it does to them. 18% of people in the U.S. have an anxiety disorder. Like the fictional character Joyce, like Winona Ryder, and many people around our country, labeling mental illness “crazy” is only going to force people to hide what they’re going through, which can increase suicide rates, the urge to cope with drugs and/or alcohol, and, the worst part, people will continue to suffer without treatment because of fear of judgement. Winona Ryder comments on her character, “‘She’s had anxiety problems in the past.’ A lot of people have picked up on that, like, ‘Oh, you know, she’s crazy.’ And I’m like, ‘Okay, wait a second, she’s struggling.’ Two kids, deadbeat dad, working her ass off. Who wouldn’t be anxious?” We should all applaud Winona Ryder for her comeback, for being brave and battling mental illness, for owning her a roll that is relevant in an industry known for inauthenticity, and for using her story to encourage those struggling with depression. Like Jonathan Beyers says to Will Beyers in the beginning of season 2, “Nobody normal ever accomplished anything meaningful in this world. Got it?”

When You’re Ready for Divorce

Creating Resolutions That Honor Your Worth