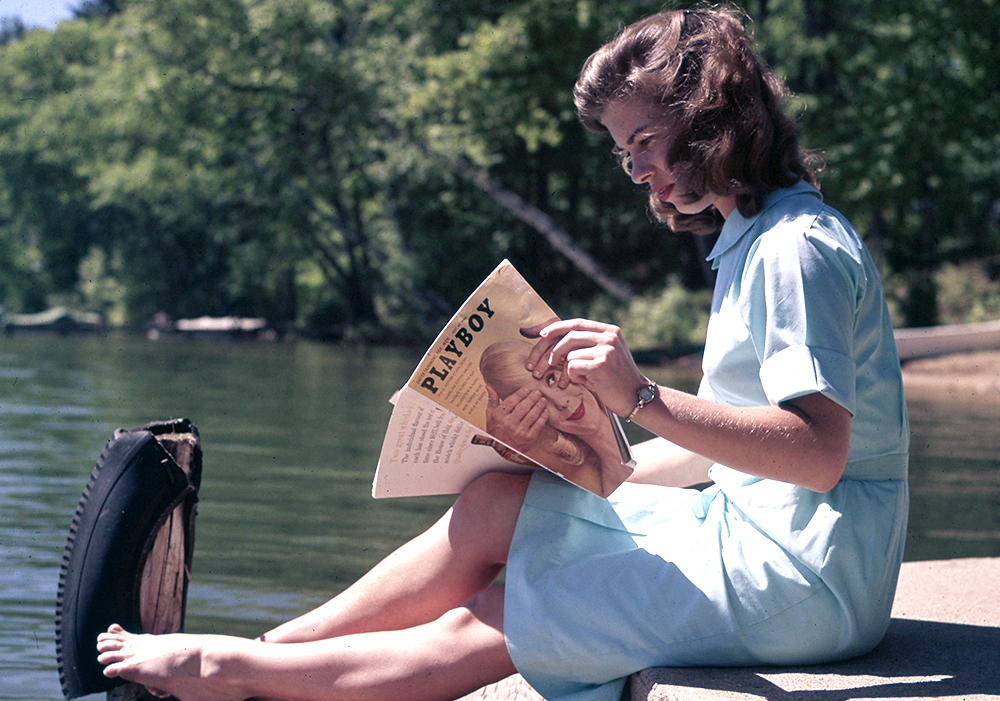 “We must pay tribute to this amazing inspiring man.” – CNN

“He changed the world touched so many lives leaving an unforgettable legacy!” twitter user: @ICarlyJam

“He made me the person I am today. I couldn’t be more thankful for our friendship and our time together. I will miss him so much but he will be in my heart forever.”

These are just a few of the heartfelt farewell and RIP statements flooding the news feeds throughout today of the famous Hugh Hefner. From these quotes, it is easy to see that this man was loved. A business man compared to the iconic and legendary men like Walt Disney, with his empire, culture, and lifestyle hailed as “brilliant.” Words of affirmation and respect are spoken from Barbara Streisand to Gene Simmons. There is no rejoicing over the death of a loved one over here. My sincerest thoughts of love go out to Mr. Hefner’s family and friends over the loss of his life. Death came in like a graceful mistress to Hefner, age 91, on September, 27, 2017. USA Today reports that this well-loved man was known to have over 2,000+ sexual partners, married 3 times, and lived his “dream” world. Hefner himself revealed growing up in a home with strict religious (Methodist) parents, not giving him the physical touch and love a kid needed. “As Hefner puts it, “I was a very idealistic, very romantic kid in a very typically Midwestern Methodist repressed home. There was no show of affection of any kind, and I escaped to dreams and fantasies produced, by and large, by the music and the movies of the ’30s’” (article). Living in a staunch and uncaring family fueled Hefner’s plans to create his own dream world. Hefner not only created a catalyst for a booming industry, he gave men an entrance with no inhibitions into a world of fantasy and escapism with the lie of no consequences.

Hefner is known for his infamous empire Playboy, which originally started out as a small magazine that is accredited to jump-starting what we all know as the pornographic industry. The magazine hit the newsstands in 1953, and according to Pornography: The Production and Consumption of Inequality, research tells us that Playboy paved a trail for Hustler, Penthouse, and other porno writings. Many call it a revolution. The New York Times shared, “Mr. Hefner began excoriating American puritanism at a time when doctors refused contraceptives to single women and the Hollywood production code dictated separate beds for married couples. As the cartoonist Jules Feiffer, an early Playboy contributor, saw the 1950s, “People wore tight little gray flannel suits and went to their tight little jobs.” Playboy was designed to stimulate all the senses at a time where all was dormant, but what it awakened was the a monster that left no mercy on its victims. From the very first issue of Playboy, Hefner told women that the magazine was not for them, if they picked up a copy that they should hand it to their male peers, and they should “get back to the Ladies’ Home Companion.” Hefner stated that Playboy was not a “family” magazine. For the 1950s, that statement was indeed revolutionary for a Leave it to Beaver culture. The very same words that made Playboy stand out in a neat and tidy culture, ironically are a glaring light shining on the dark truth of the control and oppression of women within that time and continually in the porn industry.

I’m not surprised at all the comments from Hugh’s male friends, the memes, the GIFs, and the countless of “we’ll miss your articles” quotes. You know, the boys’ club culture and locker-room talk (I’m just waiting for the President’s comment). I am not shocked at the love and devotion poured out from the people who miss him. What I am surprised at are the tweets and social media shout-outs from women, thanking Mr. Hefner for empowering them.

When women say their role in pornography empowers them, this dangerously gives back weight and power to the culture of control and oppression of women within the Playboy culture. The New York Times has reported that Hefner wanted all his girlfriends to be blonde. They had curfews so he could keep tabs on them and discourage them from  dating anyone else. Drugs and narcotics were reported to be used at the Playboy mansion. Often times, underage women were allowed in and given drinks spiked unknowingly so that they would abide in sexual acts. Holly Madison, former playboy bunny and Hefner’s girlfriend wrote a memoir about living at the mansion. Her relationship with Hugh lasted 8 years, according to People. Her remarks about Hugh, “I felt so trapped and so vulnerable to his criticisms.”  “‘Don’t ever wear red lipstick again,’ [Hefner] warned me in a low voice and turned toward the door He paused and turned back around to survey my reaction. Deciding he hadn’t done enough damage, he served me one final blow before storming out of the room: ‘You look old, hard and cheap (article).'” Madison reveals in detail in her book Down the Rabbit Hole the patriarchal role Hefner played with all the bunnies who lived in the mansion, and how he objectified the women. Not surprising, Madison reveals her contemplated thoughts of drowning herself in the bathtub because of the depressing life within the mansion (article).

These women may temporarily feel good about their role because they are wanted by men, but only to be experienced sexually. The false-sense of empowerment will wear off and the realization of objectification will settle in. This is not ground breaking news, but most women want to feel loved and cared for because of who they are, not merely for their size of breasts or hair color. It takes a lot of bravery to come out and claim an injustice, and often times these women will find themselves alone. We should applaud and encourage these women when they step out, because with that courage will come feelings of shame from their former lifestyle. Madison herself explained to ET that she didn’t write the memoir hoping Hefner would read it, but she wrote the book to inspire other women to not be marked by their mistakes, but have the courage to take hold of their lives and to move on to what is better for them. Hefner may have died with his life built on the empire of reducing women to objects, but there is hope for the insecure and lonely to realize: there is freedom within their own dreams that can withstand walking away from a towering industry.