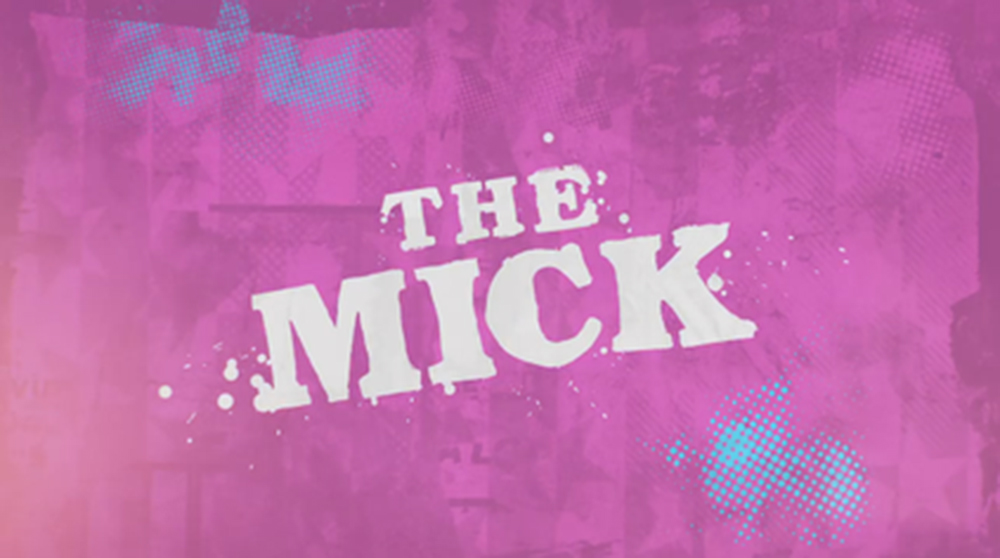 If you haven’t watched The Mick yet, you’re not having enough fun in your screen-viewing life. The FOX network comedy has the fun flavor of sitcom, but packs a serious adult-beverage punch. It’s basically a vehicle to continue bringing Kaitlin Olson (of It’s Always Sunny In Philadelphia fame) onto our screens in all of her beer swigging, motor-mouthed, zero-chill glory.

But Kaitlin Olson isn’t the actress that has me rallying for this show (though I bow to her mastery of self-deprecation), as it enters its second season.

Carla Jimenez plays Alba, the housekeeper of the Greenwich, Connecticut mansion where the show takes place, and caretaker of the billionaire family’s children.

Now, as a disclaimer, I want to recognize these very sticky points:

There’s a lot to critique here.

But, with your permission, I’d like to have a conversation about just one aspect of the show’s writing: Alba is an active player in every hair-brained, scheming, sassy episode and her plus-size, Latina body is never a part of the plot.

She exists in her plus size body autonomously.

And Carla Jimenez is not Size The Networks Pat Themselves On The Back For Casting A Size 10 Instead Of A Size 2. The average American woman as of 2016 is a size 16-18. Meaning 50% of women in this country wear a smaller size, and a full 50% wear a larger size. She is Size Women We See At The Office, Women We See In The Mall, Women We See In The Mirror. Unfortunately, this means her presence on a prime time network TV show is outrageously unique.

Pretend, for a moment, that most or even some episodes on The Mick were laced with blonde jokes because the lead character, Mickey (this is Kaitlin Olson’s brilliant role), has blonde hair. We, the viewers, would then likely consider character hair color to be particularly our business. We’d start grouping characters by hair-type. But, since this is never of any relevance to the other characters or the plot, it’s really never of particular interest to us either. Characters proceed beyond the constructs of “hair-type.” See how that works?

Alba gets to have a complete, 360 degree life, on screen, beyond her “body type.”

Even actress Rebel Wilson hasn’t been permitted to exist as a whole person independent of her body in her major roles. And she is a European, white, conventional beauty! Her character’s freaking name was Fat Amy in the cult hit movie Pitch Perfect. Screenwriters just couldn’t bring themselves to give Wilson a scene without turning her body into a prop and a punch line, no matter her movie-stealing comedic talent.

But not for Alba, not on The Mick.

As a woman who works extensively in the body positive and emotional eating space, I am doing cartwheels over the FOX network’s job at showing other screenwriters how body autonomy and fat acceptance is done on the screen.

But this is a small body-positive victory in the grand scheme of things.

The question is: What can we do as media consumers to continue this trend in how big bodies are shown on television?

Here’s my idea: Talk about it. Name it. Call it out.

When we identify a social norm, and give it a name, we can bring it to the forefront of people’s awareness. That’s exactly what I’m doing with this piece.

That’s also what I do when I watch the show with other people – curled up on the couch with my boyfriend, sitting in my dad’s living room on a boring Wednesday evening, sending a clip to my girlfriends: “Look at this! Have you noticed that Alba’s body, size, and shape are never a punchline? That she’s, like, a complete human? This is so awesome!”

So far, each time I pointed it out, it was the first time that person had noticed it.

My hope is that now a little alarm will beep on your mental radar every time you watch a scene and female characters in large bodies can’t exist as a whole, 360 degree human.

Where else are you seeing more authentic representations of women of all sizes, colors, and cultural backgrounds?

Share in the comments so we can all update our queue!

Creating Resolutions That Honor Your Worth

Be a Boss, Girl